Untreated periodontal disease and decay in and around the mouth is like having an open wound the size of a hand; it’s invisible because it’s under the gums. Periodontal disease, usually called Gum Disease, is a chronic infection involving about 500 different kinds of bacteria that can affect heart disease. The way it works is that chronic infections may trigger a chain of chemical events that cause inflammation, or swelling, throughout the blood vessels and arteries. The body builds up plaque to handle this inflammation and if that plaque breaks off in the blood stream, blood clots can form, leading to heart attack or stroke.

For the past decade, several studies have concluded that there is a strong link between periodontal disease and heart disease. In one study, men with extensive gum disease were more than four times as likely to develop heart disease (the nation’s leading cause of death) than men with healthy gums. Another study involving Arizona ‘s Pima Indians, who rarely smoke, showed those with gum disease were more than twice as likely to suffer a heart attack than those whose gums were healthy.

Periodontal disease is the most common chronic infectious disease in the world, more common than the cold. Population surveys and studies done in the United States indicate that more than 80 percent of adults have some amount of gum infection. The problem increases with age.

The bottom line is that periodontal disease may be far more serious threat to your health than previously realized. To save your heart, take action now to protect your gums.

Call now for a complimentary appointment to evaluate your gums. 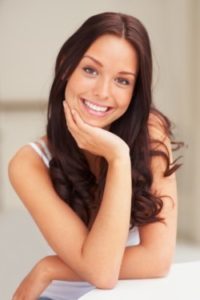 We have been practicing in San Antonio for many years. Our skills and experience will give you a reason to smile!

Read answers to some of the most common questions our patients ask. Please contact us if you would like more information.

Feel free to contact us with any questions or to make an appointment. Don’t wait any longer…let us get to work on your smile today!